The network architecture diagram below is a completely generic construct in no way representational of anywhere I’ve worked before. The SCOM installation was performed following the guide in this blog post  – http://blogs.technet.com/b/kevinholman/archive/2013/10/18/opsmgr-2012-r2-quickstart-deployment-guide.aspx 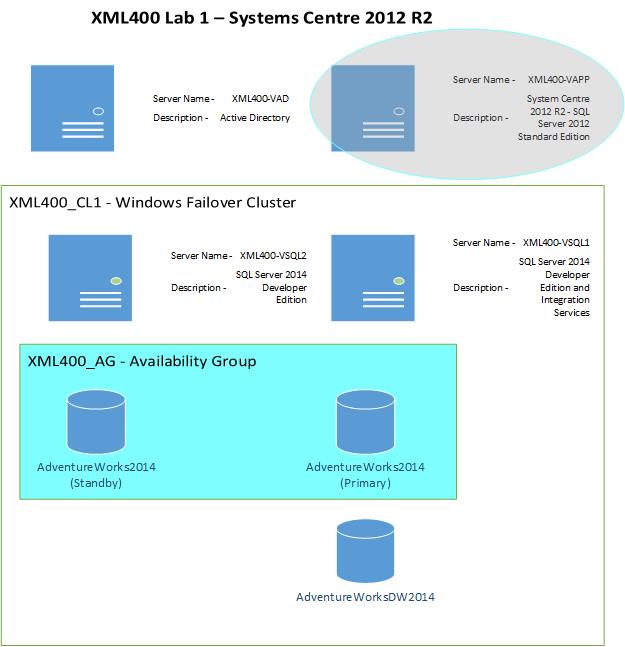 The high level steps were as described below: 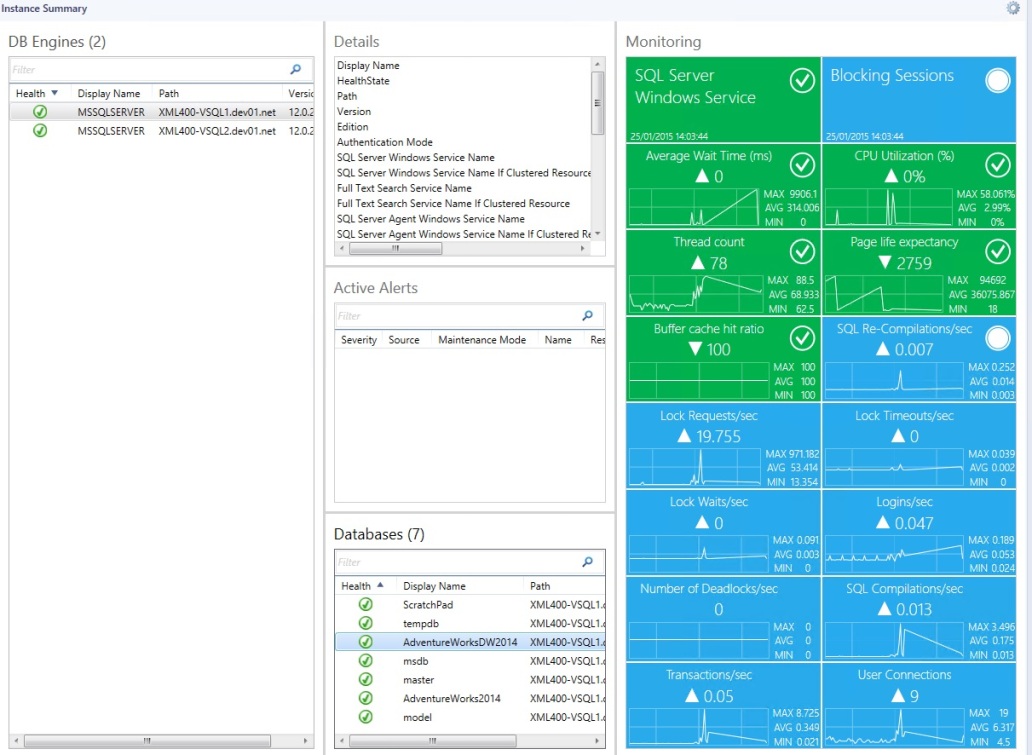 The SCOM Web and Management Console ‘SQL Instance Summary’ view, after the SQL Service on XML400-VSQL2 had been stopped.

There are some great monitoring views delivered as part of the default SCOM MP’s are there are some great Widget’s you can use to create your own. Dashboards similar to the ‘SQL Summary Views’ shown above are easy to create for subsets or groups of SQL Servers. You can also create ‘Diagram Views’ to associated the objects related to a business service, which might include IIS and Applications Servers, the example below shows just the objects in the SQL Computers class in the evaluation lab.

Analysis Services (SSAS) Monitoring and alerting is not included with the SQL Server MP’s, they can be downloaded separately. The screen shot below shows the SSAS MP Alert view in the evaluation lab.

The screen shot below shows the SSAS partitions in the ‘Adventure Works’ sample cube:

The screen below shows the SSAS performance view.

In my opinion, these MP’s are well worth importing, the monitoring and alerting looks very good.